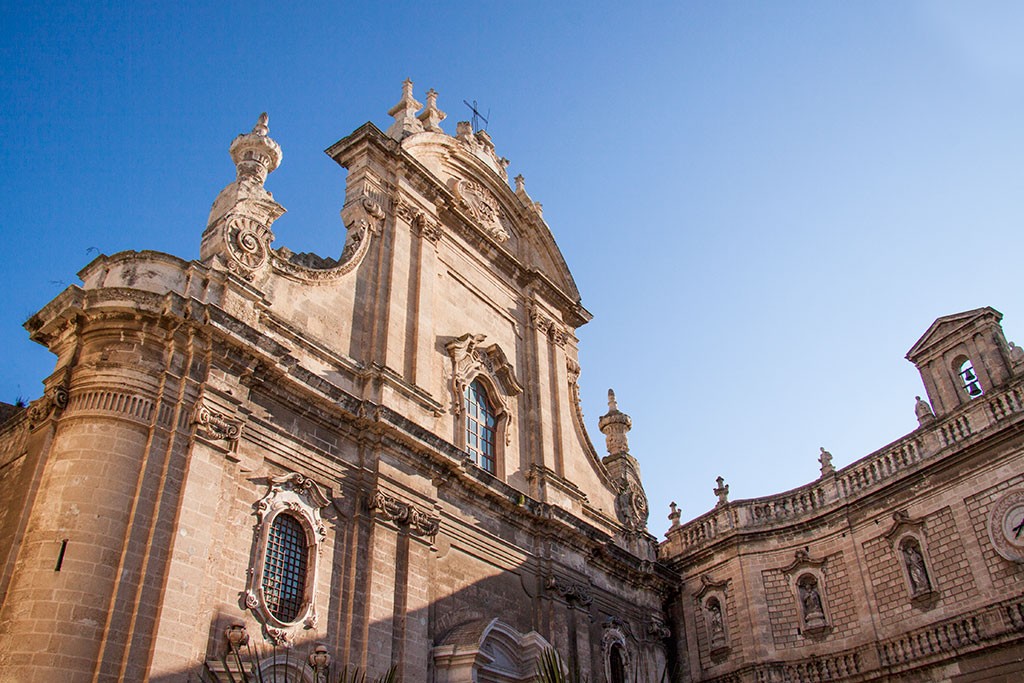 A closed square on three sides it was constructed in 1783-84 by the architect G. Palmieri and is bounded by the splendid façade of the church, by the Bishop’s Palace (with its balcony and gallery) and by the theatrical great wall decorated with ten statues in accommodating niches dating back to 15th Century which are from the now demolished main retable of the Cathedral (Arch. G. Palmieri 1783-86).

At one time it was possible to reach the Cathedral by steps which passed in front of the Bishop’s palace parallel to the great wall. In 1953 it was debated whether to alter the steps, creating a connecting tunnel under Piazza Manzoni. It was decided for technical reasons to expand the balcony and build a new arch (beneath the 19th Century structure) to extend the front of the Bishop’s Palace with access to the tunnel.

The Chapels of the Cathedral Walking down the right hand side of the nave you will first meet the Chapel of the Beams (Cappella delle Travi). The beams or wooden trunks from the “madia” raft upon which the Madonna’s image arrived in 1117 are preserved in a large cupboard. Then the Chapel of St Michael Archangel, on its alter a painting of “St Michael and the devil” by Iacopo P...