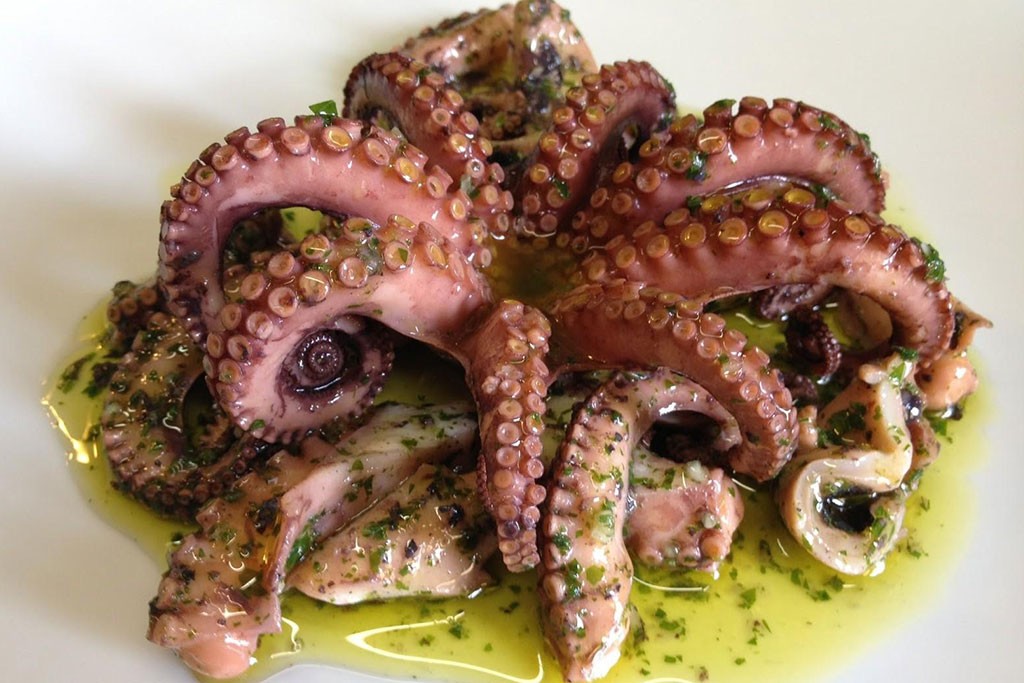 The good taste of olive oil.

Gastronomy is like a faith.The nuances of the Mediterranean diet made in Monopoli are as endless as those of an artist’s palette. Believe it or not, everyone agrees about the beneficial effects of extra-virgin olive oil, the food with the most anti-cholesterol properties and always present on dinner tables in Puglia. In front of a good glass of wine everyone agrees on the exquisiteness of this product. Also Prospero Rendella (1553?-1630), one of the greatest writers of antiquity lived in Monopoli and wrote two essays on wine and oil entitled “De Vinea….” and “De olea…”
Even at that time he talked about the two key products of the Mediterranean diet. Many families today still produce wine for their own consumption. Olive oil is produced in big quantities and it’s still an important resource of the territory (the main local cultivar is the Simona variety). Its tradition comes from the myriad of country farmhouses where a great culture of produce of the land was born.

Flavours of the sea

The other side of gastronomy is entrusted to the hands of fishermen’s wives and it’s a cookbook handed down from mother to daughter. A mixture of tiny fish is very famous, rockfish soup or the unpronounceable “meròsche” (m’rrosc), called simply “mirrosca”, all made from little fish and crustaceans caught by fishermen but often difficult to sell because of their size or quality. These are then turned into delicious dishes. “Meròsche” in local dialect means concoction. Another typical dish is the arreghenète (which means with oregano), a stew of beet, mussels, potatoes and anchovies with breadcrumbs. Ingredients coming from the land and sea used both by families and restaurants. These are the main parts of Monopoli’s food tradition started in old taverns which still survive despite the presence of new and more modern restaurants, which are always careful however to keep to the tradition as well.

Monopoli’s cuisine is strictly linked to the Neapolitan “manzù”, the most popular dish is a meat sauce made from seven different types of meat. It is also the result of local history such as broad beans and chicory and orecchiette pasta called “minghièridd”. Other cultures also contributed to the food traditions that survive today. When the Byzantines invaded they brought the olive tree and the “scapece” technique, the Arabs, cartellate sweets called shepakià, the French the local “sfilatino” which looks like a French baguette and the Spanish introduced their Catalan dishes. In 1600 the Spanish brought rice over which, together with potatoes, became the most popular dish for poor people. When the Bourbons arrived in Naples (1734-1861) this dish became tastier with the addition of mussels. In the city of Bari the “tiella” is very popular; the ingredients are rice, potatoes and mussels. This particular mixture allows us to enjoy what this territory has to offer, food from the land, the sea and farmers and fishermen who love cooking. Everyone loves this dish known as “riso patate e cozze”, but a big question still hasn’t been answered: whether courgettes should be added or not.

The cuisine has its origins in the past, when there was great poverty and food had to be preserved for long periods, above all during sieges (the famous courgettes “alla poverella”). Faith also plays its part; in fact the cod eaten during Lent has become popular since 1500 and the recipes of sweets made from almonds have been kept for decades by many monasteries. These are an example of the true and unmentionable sin of gluttony! Today these are given to guests as a gift at the end of a wedding. Raw vegetables are also very popular, such as peas, broad beans, fennel, “puntarelle” chicory, cucumbers or “barattiero”, a kind of unripe melon irrigated with salt water which is eaten fresh between the main dish and second course just like Greeks do. Many raw vegetables can also be preserved in oil, like artichokes, lampascioni (a sort of small onion), aubergines, dried tomatoes, while the so-called “harvester’s breakfast”, the “cialledda”, is a cool soup made with onions, tomatoes, “carosello” or barattiere cucumber, oregano and bread, which is particularly pleasant during summer.
Raw fish is very popular, too. It’s the local ‘sushi’ that can be eaten as a main meal or even before. You can try tagliatelle, which is raw cuttlefish cut into strips and seasoned with olive oil and lemon and also octopus and mussels. Finally, there is the ‘king of the sea’, the famous sea urchin. As tradition dictates they can only be eaten during months with an ‘r’ in and can be enjoyed in restaurants or on the rocks. To eat them properly you must use the soft inside of the bread, instead of fork or spoon, and scoop out the inside.
You will also find the world famous pizza, whose origins are from Naples and the panzerotto, a sort of disc-shaped fried pizza, closed and filled with mozzarella cheese and tomato sauce. It could also be baked and filled like a sandwich with meat balls or courgettes “alla poverella”.